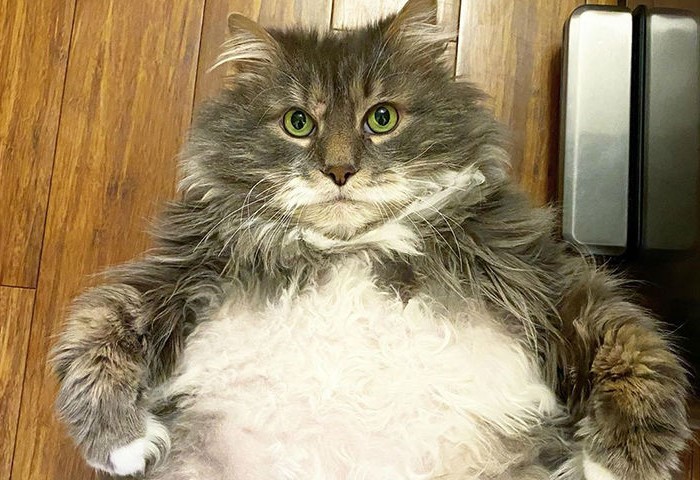 Raise
your hand if you’ve ever jokingly said “I wish I could be a cat,
cause then I could eat all I want, and the chubbier I become the
cuter people will think I am. Oh well, perhaps in my next life
that’ll happen.” It’s no secret people love chubby cats, floofy
round boys, absolute units of cuteness. But it should also be said
that being overweight isn’t great for any animal and being obese is
actually a great strain on their health, just like it is for humans.
Today, in the spirit of round boys, we’re going to share with you
the story of Wilford.

Willford is a big pound cat with a big personality. Unfortunately for him, his carers could no longer look after him and have left him at a shelter. When he arrived there he weighed 30 pounds, his fur was matter all over, he was dirty, scared and very confused. Any change is stressful for a cat, but being left without a home and his carers in a cat and dog shelter must’ve been really hard for him.

Luckily
Jen and Ian from Pokey Pot Pie were willing to foster him and took
Wilford in. Jen and Ian are veterans when it comes to fostering cats,
they’ve been doing it for years and they have a 95% success rate
when it comes to finding a home for the kitties they foster. And if
you wonder what happens to the other 5% – don’t worry, they found a
home too. They just stayed to live with Jen and Ian.

But
back to Wilford, once he arrived at Pokey Pot Pie he was very
stressed. Despite the fact that he’s a big boy who clearly enjoys
eating — he refused to eat for the first week there. It’s common
for cats to stop eating when stressed, and while you might think it’s
probably a good thing for Wilford — think again. Losing weight too
quickly and being in constant stress is bad for his health.

Jen
and Ian had to take him to the ver multiple times in the first couple
of weeks, just so the vet would help them figure out how to make
Wilford less stressed and more interested in food. They tried
anti-nausea medication, appetite stimulants, they tried 15 different
kinds of cat food until they succeeded in making him have some food.
While at the vet they also checked all of Wilford’s bloodwork and
even did x-rays to find out if there’s anything else wrong with him
besides the clear obesity.

Turns
out Wilford also has asthma and at the time had a slight case of an
upper respiratory infection. They gave him meds for the infection and
Wilford needs to use the inhaler twice a day for his asthma. He also
has a very little range of motion because of his excess weight and
can’t really groom himself, so they give Wilford a bath multiple
times a week to keep him clean. He also had to have some fur shaved
off because it was too matted to brush out.

These days Wilford is doing much better. He’s eating on a diet, he’s losing weight (now at 28 pounds) he’s much calmer and comfortable around the house and other cats and he’s even showing his playful side. He loves playing with feather toys and will use the stairs when it’s time to eat. Jen and Ian are looking to find him a forever home and are interviewing potential carers for Wilford, but the process isn’t easy. Wilford needs a lot of care and a lot of attention. He needs his meds daily, he needs exercise, and he has to keep losing weight slowly, otherwise, it’ll be bad for his liver. We hope Wilford finds his forever home soon and in the meantime, you can follow his adventures on Instagram. 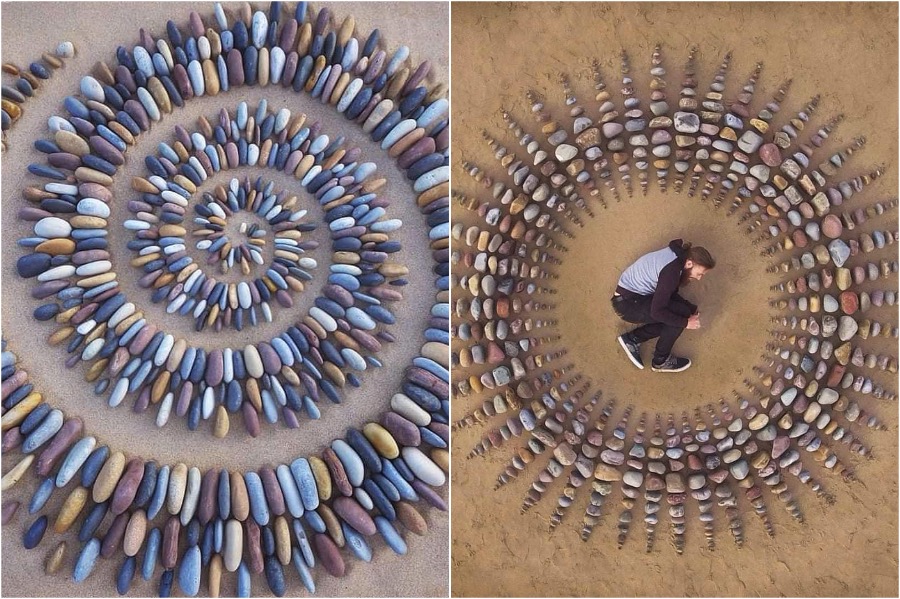 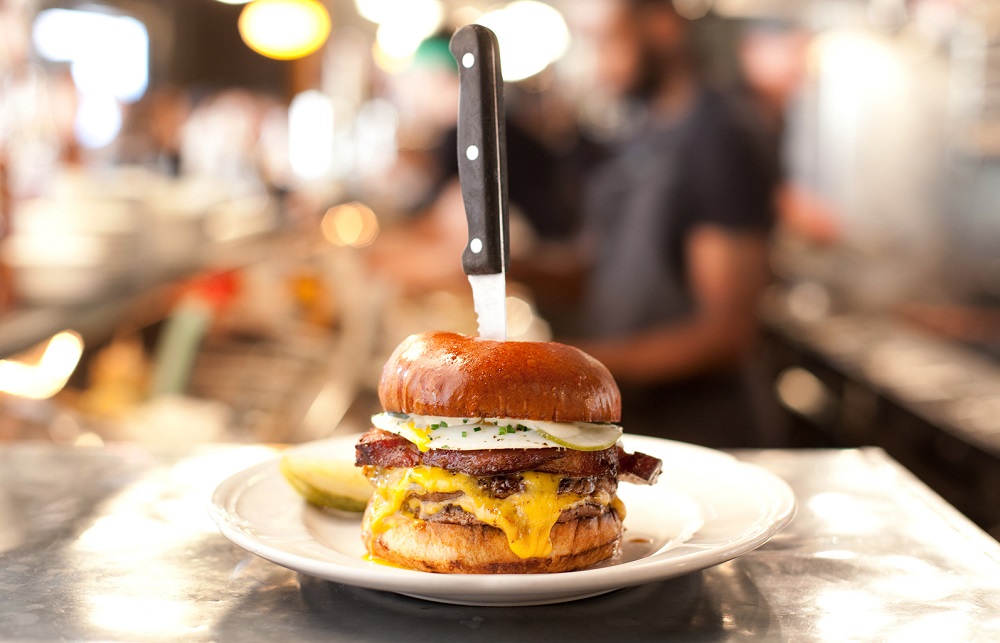