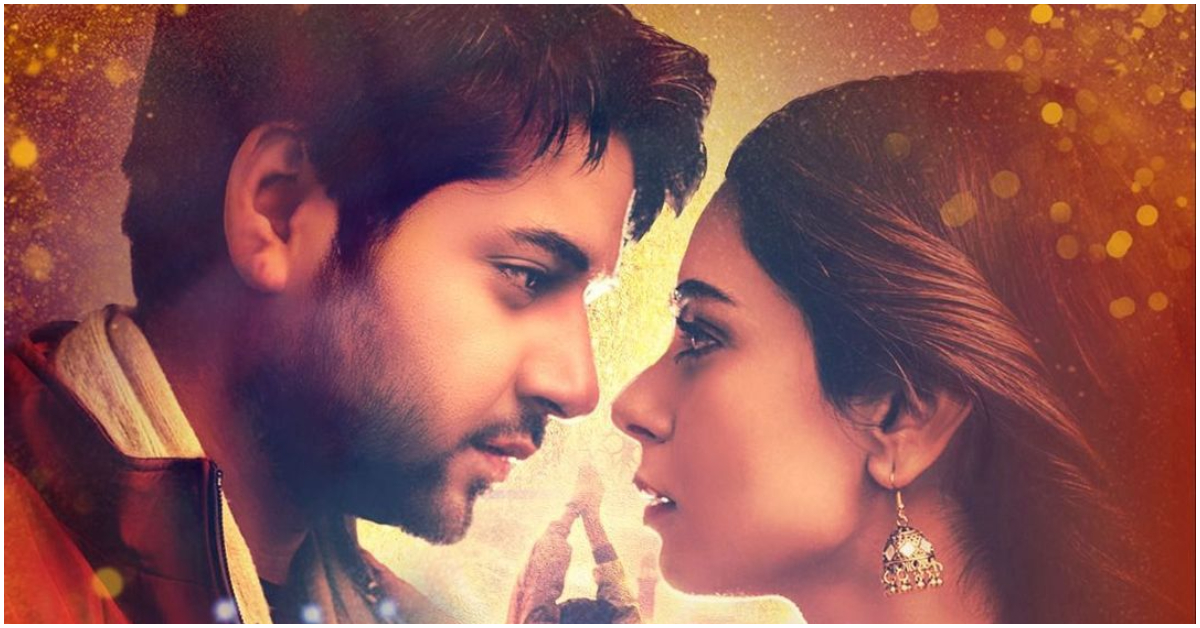 Imran Ashraf and Amar Khan have found their footing in the world of cinema with their debut performances in the Eid release, Dum Mastam — a tale of love-hate relationship between two close friends turned life partners, doomed by shifting fame.

Dum Mastam is a successful attempt at exploring love beyond its dreamy definition. Sikandar Hayat Khan aka Bao (Imran Ashraf) is head over heels in love with a very pragmatic and ambitious girl Alia Butt (Amar Khan). Alia may not love Bao, but she dislikes his idle lifestyle more. They part ways when Alia rejects Bao’s proposal but fate plays its card and a tragic event ensures her reentry in his life as his wife. She isn’t happy and neither is Bao. Does the effort he puts in, to get her live her dreams, make Bao a hypocrite or a conscientious lover? That’s one question the film puts forward. 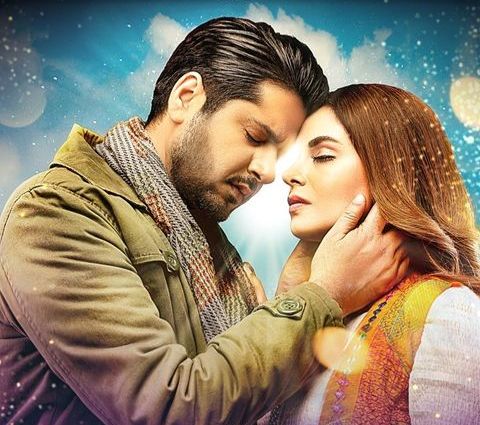 The story dips into the familiar bag of theatrics in a romantic comedy; a star in the making falls in the trappings of society and married life, while her amateur but talented life partner gets an opportunity to ascend. It’s a tale as old as time, overused and overexposed by repetition. But the storytelling and fresh execution of Dum Mastam allows this film to emerge as an engaging drama full of emotions, lighthearted comedy and soul-stirring music.

Here the Bao-Alia connection is in brief moments but very real; the conflicts are palpable, the tussle of love and pride is discernible, the lack of communication is irksome and the misunderstandings are relatable. Bao and Alia as a married couple will crash and burn due to their clash of egos but you will have to wait till the very last moment to find out where their differences will lead to: a warm embrace or a heart wrenching farewell.

The film is a musical and its OST is melodious. The songs are placed very organically fusing with the ebb and flow of the conflict and resolve. Undeniably, Dum Mastam‘s album boasts the crème de la crème of Pakistan’s music fraternity and it pays off with soulful tracks like Beqarar Dil, Tu Heer Meri, Ik Vari Sun Le and many more. It is often a challenge to make a non-singer actor appear as a musician on big screen and Imran’s Bao does make it to the list of actors whose performances remain impressive in spite of an obvious inability to sing in real life. 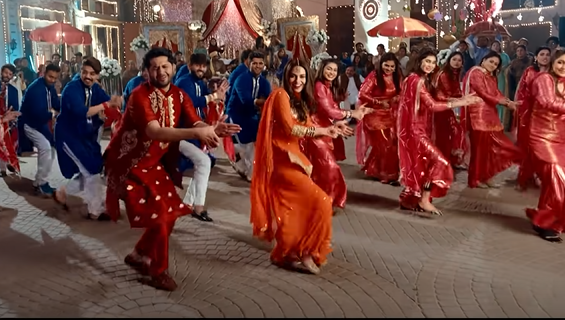 And the detail is not trivial; Dum Mastam is Imran Ashraf’s debut film and he has embraced many challenges in his first. From playing a musician, lip syncing quite perfectly to Bilal Saeed’s vocals, dancing and performing as an underdog and then as a star, and then last but not the least, shaving his head for the big screen. The audience isn’t accustomed to seeing its beloved Bhola in this avatar, and this element of surprise is perhaps one of the key reasons that makes Dum Mastam stand out. No one can say that Imran was “only” doing what we’ve seen him do hundred times in dramas – Bao truly offers more.

Humour is definitely one more strength that is Imran’s forte. He has already won over hearts as Billu Boy from Chaudhry & Sons. With this film, he has mixed playfulness and depth once again, and fortunately has Sohail Ahmed as his doting father here as well.

The writer and leading lady of the film, Amar Khan is a rare breed. As a film graduate, she knows the pulse of the Pakistani audience. Her writing is full of dialogue, jabs, quips and trickery that’s enticing and crowd pulling. The comical element in Dum Mastam is delightful and makes you smile without forcing it. Though a few Punjabi juggats can be hard to comprehend for a Karachiite like yours truly, it is not a point of concern as sounds of laughter and claps echoed in the theatre over a dozen times.

It is Amar’s big screen debut as well and she has donned two hats at the on set, making it a remarkable feat to achieve. As Alia, she is fierce, passionate and resilient and her strong personality oozes in the character. However, her silent stares deliver more than expected. Amar and Imran share a crackling chemistry on screen. Be it their comic timings, expressions, energy, romance, emotional bursts or the filmi magic, there is plenty to look forward to. 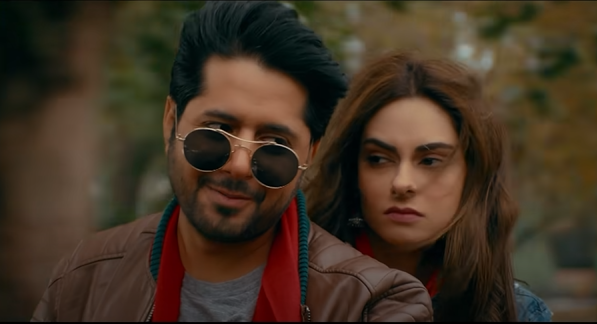 Ace director Ehteshamuddin has captured the feel of Lahore and its magnificence. Like the lead cast, all other actors namely Saife Hasan, Uzma Beyg, Agha Mustafa Hassan, Adnan Shah Tipu, Faiza Gillani, Nigah jee, fit their characters as if they were tailor-made for them. The two who stand out, more likely because they have more screen time, are the cunning talent manager Irfan Tutti (Saleem Meraj) who jumps ship at the sight of money and power, and the flamboyant and unskilled singer Guddo Razor (Momin Saqib). A weird hairstyle, over-the-top dressing sense and rowdy attitude explains this boisterous and entitled brat. You will also get a glimpse of your favourite content creators and journalists as guest appearances.

Despite its many appeals, some conflicts in Dum Mastam may appear louder their true intentions and their closures dumb down their intensity. For instance: After Alia’s constant refusal in person, Bao’s reaction on the rejection of his proposal doesn’t sit well with his easy-going personality. The film’s biggest turning point leads to Bao and Alia’s wedding but not a single scene depicts their big day. The wide-eyed, romantic hero deserves a wedding shot, even if it didn’t happen ideally.

With a runtime of 2 hour and 45-minutes, Dum Mastam is a millennial take on love which is not just roses and diamonds. The film passes like a breeze with crisp editing, memorable music and great performances adding authenticity to a tried-and-tested premise.

Produced by Adnan Siddiqui and Akhtar Hasnain for Cereal Entertainment, and distributed by HUM Films, Dum Mastam is currently screening in cinemas across Pakistan.

Before you watch the film, you can find Amar and Imran reveal interesting stories about the filming of Dum Mastam here: 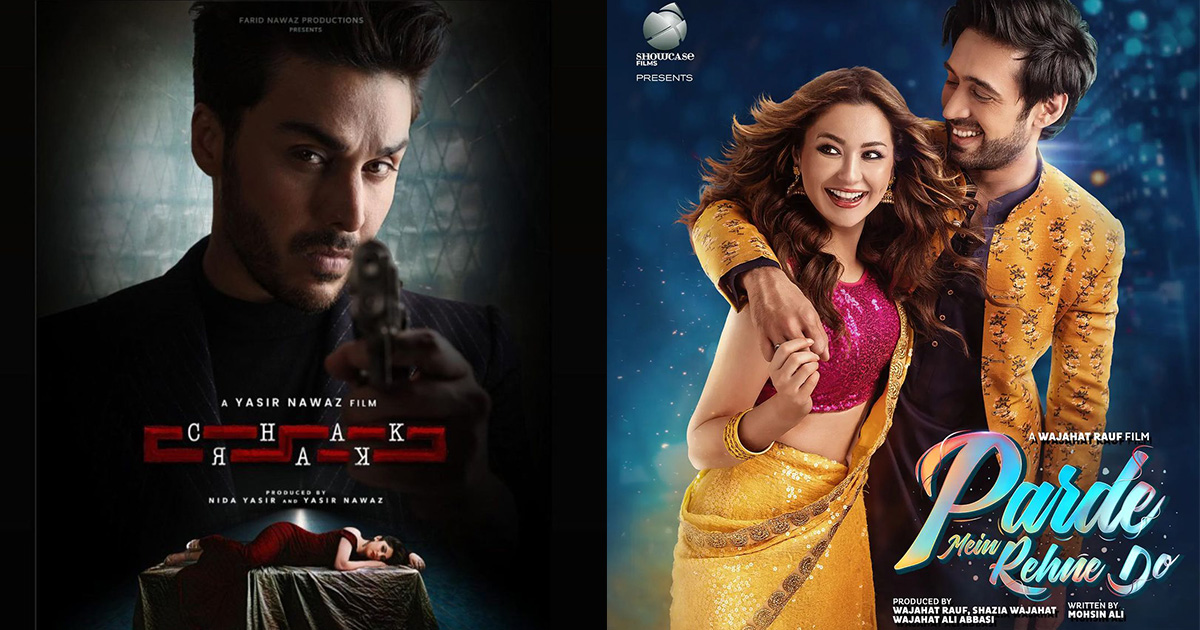 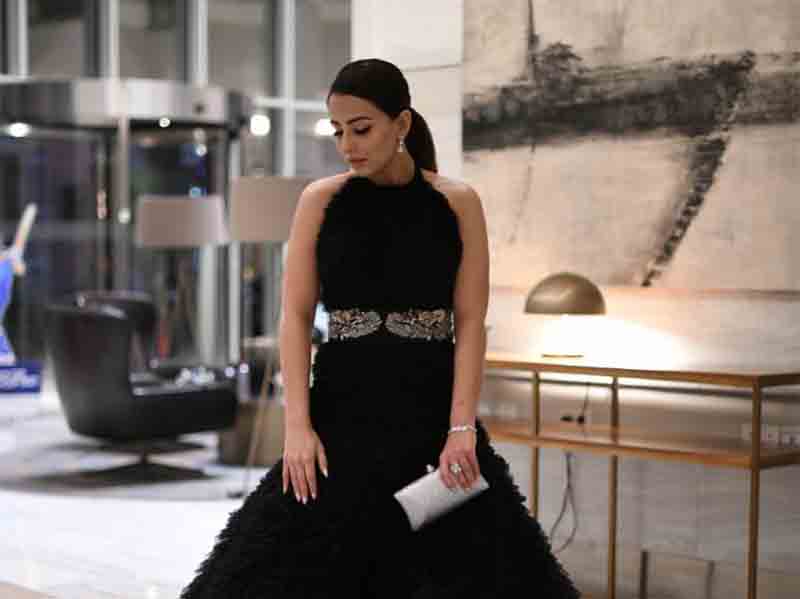