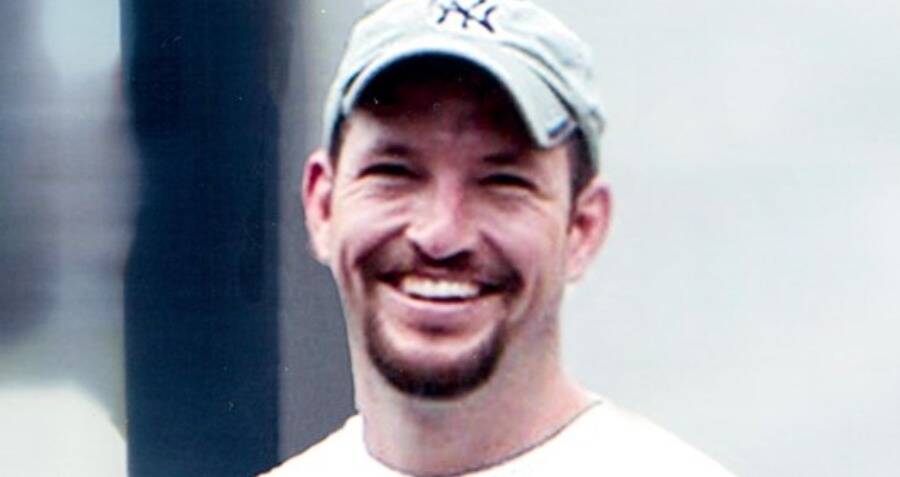 Moments before his death on 9/11, Mark Bingham bravely fought back against the terrorists who had hijacked his plane. His heroism later inspired many to reconsider gay stereotypes. 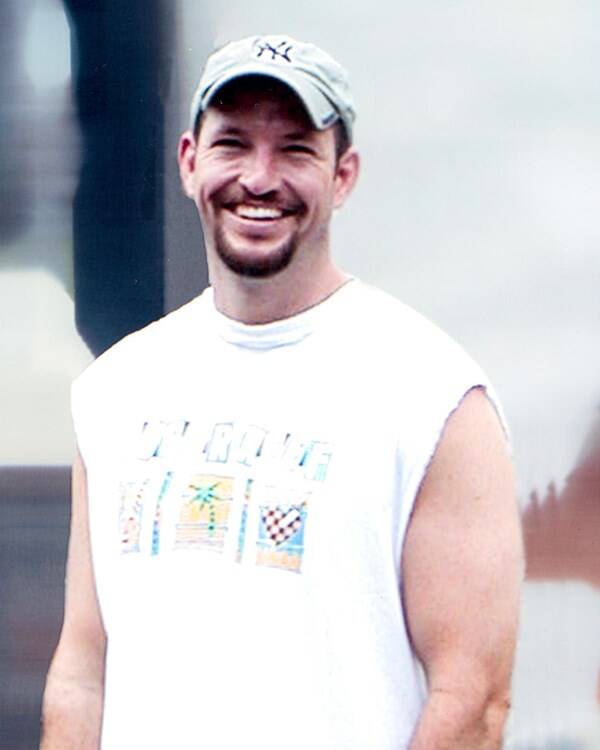 National Park ServiceMark Bingham, one of the heroes of Flight 93.

On Sept. 11, 2001, terrorists used planes to hit the Twin Towers and the Pentagon. But a fourth plane never struck its intended target – which may have been the U.S. Capitol or the White House.

And that was because of brave men and women like Mark Bingham, who sacrificed their lives to save countless others.

But who was Mark Bingham? Celebrated as a gay hero after 9/11, Bingham was a 31-year-old public relations executive. And he nearly missed his flight on the morning of Sept. 11, 2001.

Somehow, Bingham made it to his gate and boarded the plane. He was the last passenger on Flight 93.

Before the flight took off, Bingham called his friend. “Hey, it’s me,” Bingham said. “Thanks for driving so crazy to get me here. I’m in first class, drinking a glass of orange juice.”

The plane sat on the ground for over 40 minutes because of air traffic. Finally, at 8:42 a.m., the flight took off. In the air, the flight attendants served coffee and a light breakfast. And then, at 9:30 a.m., three hijackers rushed the cockpit.

The hijackers killed both pilots. Then, over the P.A., a hijacker said, “There is a bomb on board, we are meeting their demands, we are heading back to the airport.” Minutes after the terrorists took the cockpit, the plane changed course and flew toward Washington. 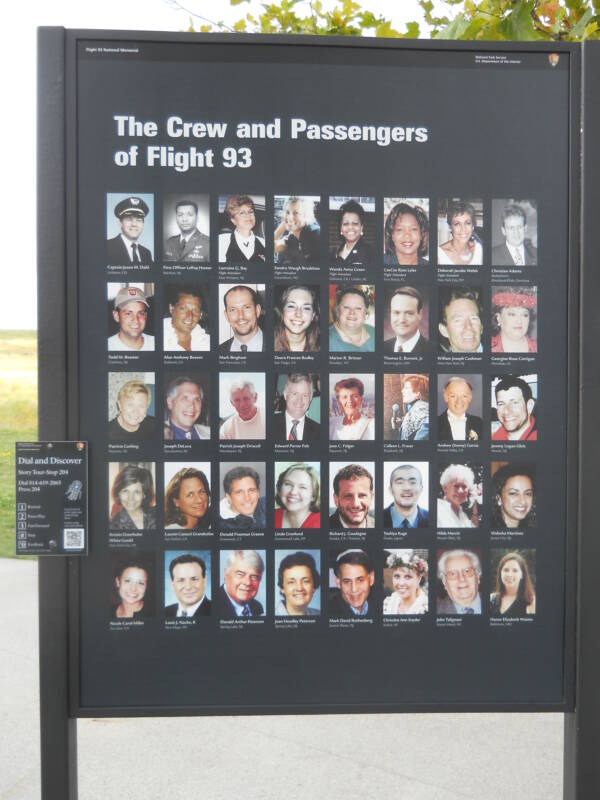 AnneAMB/Wikimedia CommonsThe Flight 93 National Memorial includes the photograph of all the crew and passengers. Mark Bingham is in the second row, third from the left.

The terrified passengers reached out to loved ones using the plane’s phones and their cell phones.

Already, the first plane had struck the Twin Towers. Then the second plane hit. The men and women on Flight 93 quickly realized that there was no bomb on their plane – instead, the hijackers planned to crash the plane to claim more lives.

Nearby, passenger Todd Beamer called airphone operator Lisa Jefferson. With the FBI on the line, Jefferson listened to Beamer relate the hijacking. The two spoke for 13 long minutes. They prayed together. And Beamer told Jefferson about an audacious plot to retake the plane from the terrorists.

“You ready,” Jefferson heard Beamer say to someone on the plane. “Okay, let’s roll.”

Mark Bingham’s Call To His Mother

On the morning of Sept. 11, 2001, Mark Bingham’s mother was in Saratoga, California at her brother’s house. Six months earlier, Alice Hoagland had given birth to triplets as a surrogate for her brother and his wife.

The sun had not yet risen in the Bay Area when the landline rang. Hoagland was holding one of the triplets in her arms when her sister-in-law handed her the phone.

“I’m on a flight from Newark to San Francisco,” Bingham told his mother. “Three guys on board have taken over the airplane. They say they have a bomb.”

Bingham told his mother that he loved her. Then the line went dead.

Hoagland was in shock. “Everything was surreal from that second forward,” Hoagland’s sister-in-law recalled. “It was a life change forever.” 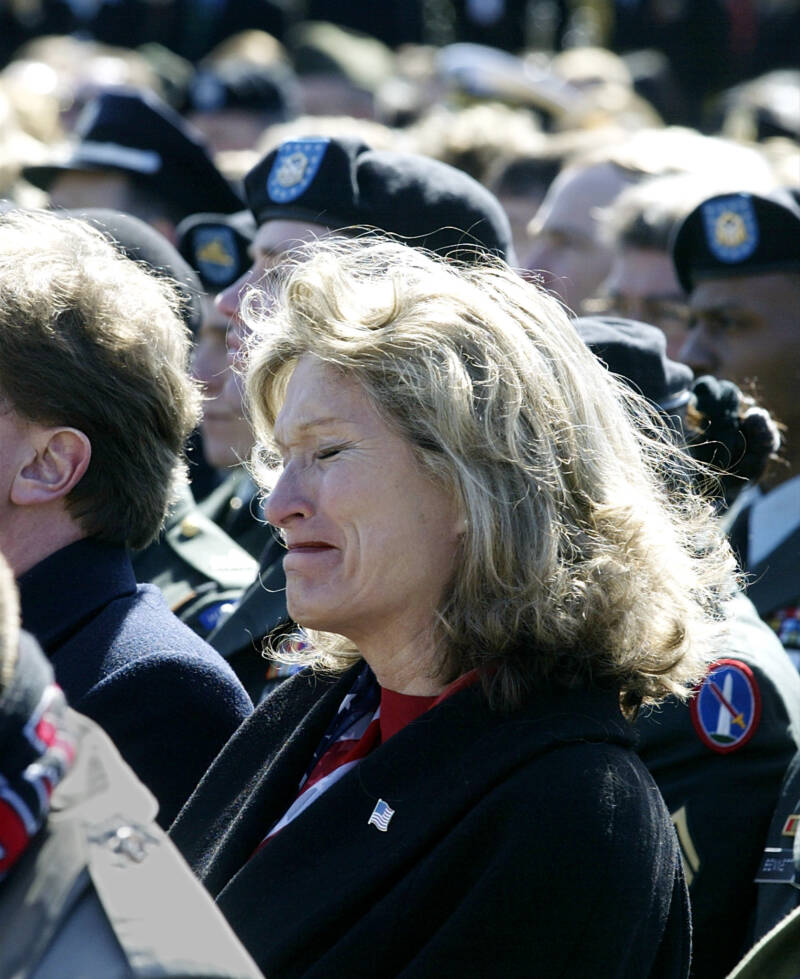 Frantic, Hoagland called her son’s cell phone. But Bingham never heard the messages his mom left on his cell phone. By then, the passengers on Flight 93 had already decided to fight back.

Storming The Cockpit Of Flight 93

Before 2001, pilots were warned to appease hijackers. But the passengers on Flight 93 had no intention of quietly complying.

Seven crew members and 33 passengers flew on Flight 93. And they worked together to take out the terrorists, even knowing what it would cost them.

Mark Bingham played rugby. Another passenger was a college quarterback. The flight also included a judo champion and a paratrooper.

In the back of the plane, flight attendant Sandy Bradshaw heated up coffee pots with boiling water to throw at a hijacker. In her last moments, Bradshaw told her husband, “Everyone’s running to first class. I’ve got to go. Bye.”

Tom Burnett was sitting next to Mark Bingham. “If they’re going to run this plane into the ground,” Burnett said, “we’re going to do something.” 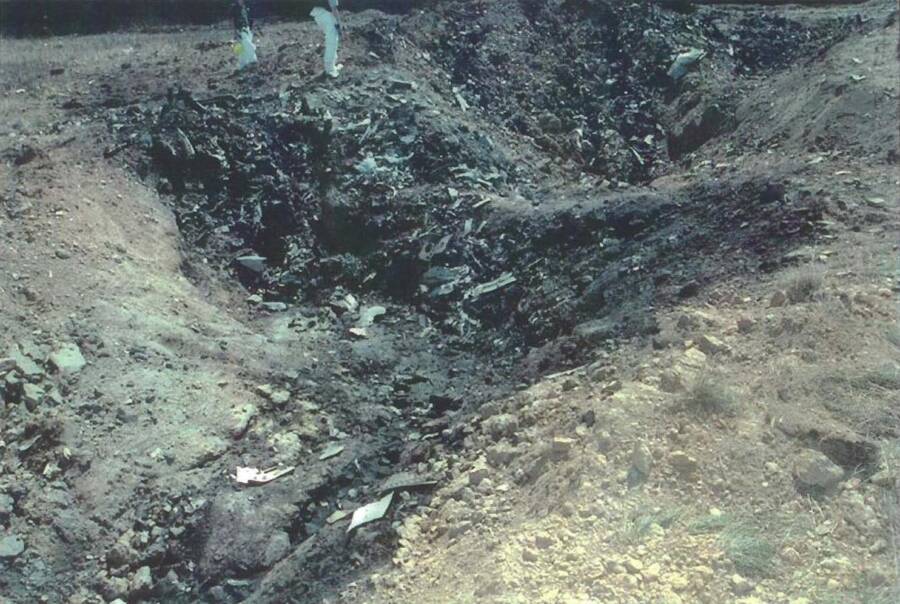 US GovernmentThe crater where Flight 93 hit the ground in Pennsylvania.

Burnett told his wife, “I know we’re all going to die. There’s three of us who are going to do something about it. I love you, honey.”

At 9:57 a.m., the passengers and crew launched their counterattack. The cockpit recorder caught the sounds —breaking dishes, service trolleys crashing. The hijackers screamed as they held the door. But the passengers broke through. “Let’s get them!” someone screamed.

Those were the final minutes of Flight 93. Moments later, the plane crashed in a field near Shanksville, Pennsylvania, killing everyone on board.

In the aftermath of 9/11, the men and women of Flight 93 became national heroes. And Mark Bingham became a gay icon.

“The media portrayal of gays (lots of it by gays themselves) is as effeminate,” openly gay conservative commentator Andrew Sullivan wrote in the days after the terrorist attack. “Well, as we found out last week, Mark Bingham could cut it. He’s a hero, plain and simple.”

As some celebrated Bingham’s heroism, his family mourned their loss. Bingham was Alice Hoagland’s only son. Hoagland, a former flight attendant, appeared on media shows to share her knowledge of airline security. She also shared her grief over the loss of her son. 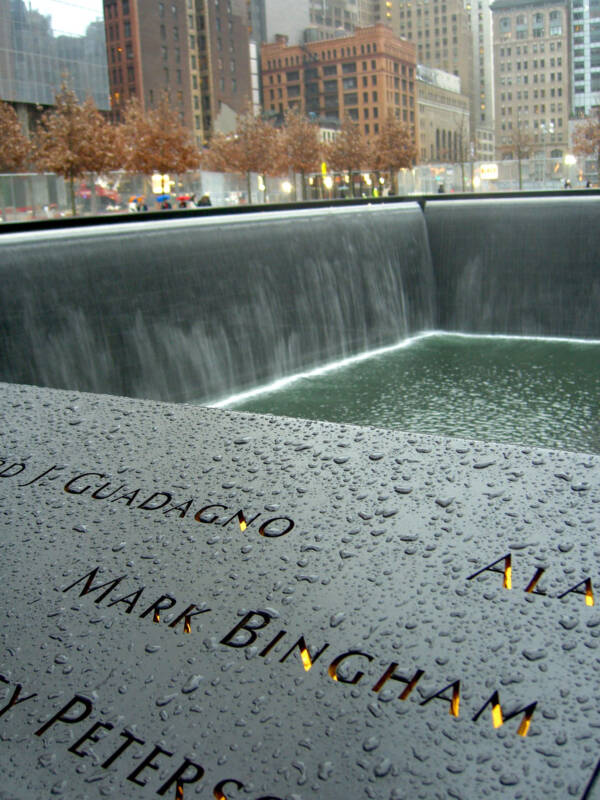 Luigi Novi/Wikimedia CommonsMark Bingham’s name on the 9/11 memorial in Manhattan.

Mark Bingham had run with the bulls in Spain. He’d fought an armed mugger rather than hand over his wallet. And he’d once tackled Stanford’s mascot — a tree — at a football game.

After graduating from Berkeley, Bingham worked in public relations. He traveled the world and played rugby.

“He didn’t politicize his sexuality at all,” remembers Per Casey, Bingham’s roommate and friend. “It’s ironic that in death he is being celebrated for something he did not think was worth politicizing. And that’s lucky for all of us, and unlucky for people who are biased against us. What he did is both inconceivable and great.”

Another friend, Hani Durzy, said, “My feeling is that if told he would become a gay icon he would laugh. Then he would sit back and think, ‘But if this is going to do some good for the gay community, then so be it — good.’”

The events of 9/11 claimed 3,000 lives, making it the deadliest terrorist attack in history. Next, read the tragic story of Scott Davidson, Pete Davidson’s dad. And then check out photographs from 9/11. 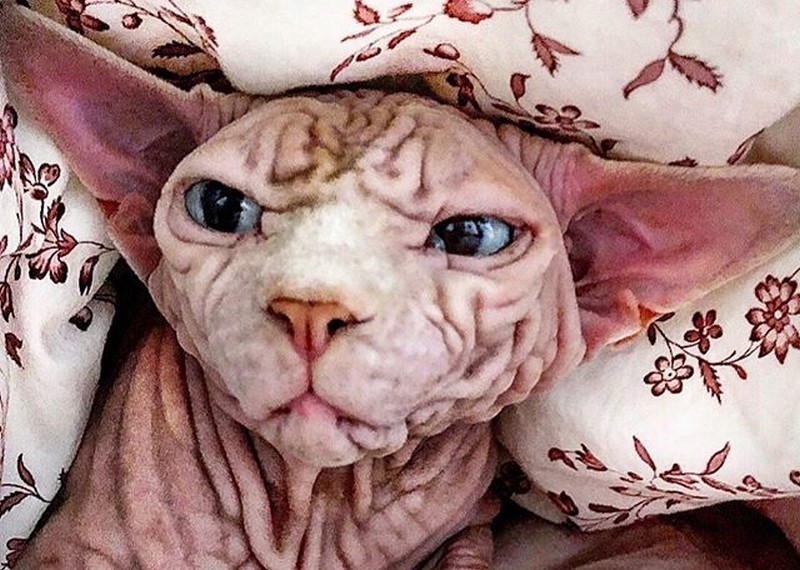 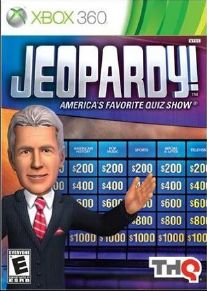